If you came here by way of my newsletter, then you know the story behind this pie. But if you didn't, let’s just say that since I’ve been baking pies, I’ve had trouble when it comes to making a basic cherry pie. I can’t explain why, but every time I make it, something goes wrong. But I’m happy to report that a few weeks ago I finally, finally broke the curse and made an amazing cherry pie. So in honor of Pi Day, I thought that I would share it here.

I hope you enjoy! 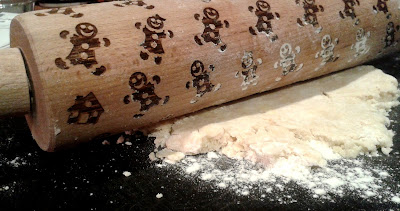 Crust
(This recipe makes enough for a double crust pie, but you can halve it if you plan to use the crumble topping recipe (see below) instead -- which I highly recommend!)

Combine flour and salt in a large bowl. Cut in butter and vegetable shortening with a pastry cutter until mixture is pebbly (avoid touching the dough with hands as much as possible so that the butter doesn’t melt.) Add ice water, and combine into two dough rounds. If it's too crumbly, add a little more water. Wrap rounds in plastic and place in freezer for at least an hour.

Remove rounds (or a single round if you plan to make the crumble topping) and roll out into a flat disk on a floured surface. Transfer to a pie dish, and press the dough along the edges with the back of a fork. Puncture dough with fork several times (so it can breathe during cooking) then let pie dish chill in the freezer again for about 15 minutes. (I have found that the often times, the freezer is the secret ingredient to getting the perfect pie crust!)

Pre-heat oven to 375 degrees. Remove pie dish from freezer and place on a baking sheet. Let sit for five minutes at room temperature, then bake the crust for 10 minutes in the oven. (This is to ensure that the bottom crust doesn’t get soggy when the filling is added.)


Cherry Filling
1 ½ pounds of dark cherries, frozen, pitted
¾ cup to 1 cup of sugar (depending on how sweet the fruit is)
½ tsp of cinnamon (of course!)
⅓ tsp of salt
Juice from half a lemon
¼ cup flour
2 tbsp cornstarch

Chop cherries into quarters (I find that frozen cherries you find in the grocery store freezer section can be giant, and this makes it so there aren’t big gobs in your pie. Cutting them up also makes it so you can inspect the frozen cherries for pits. Even though the bags of frozen cherries say they’re pitted, I have occasionally come across pits in these bags, so this is a good way to make sure nothing bad ends up in your pie!) Add sugar, cinnamon, salt, lemon juice, flour, and cornstarch to cherries. Mix well, and taste. Add more sugar or more lemon depending on the sweet/sour ratio. Place bowl of mixture in the freezer while you prepare the crumble topping so that it doesn’t melt and get soupy.

Crumble Topping
(Optional -- you could use the second dough round to roll out a top-crust if you like and it will still be delicious, but this crumble topping is super decadent and tasty!)

Pre-heat oven to 425 degrees. Add all ingredients together in a medium bowl, cutting the butter in with a fork or your hands until the mixture becomes pebbly.

Remove cherry filling from freezer and place in the blind baked pie dish crust. Sprinkle the crumble topping over the filling.

Bake at 425 degrees for 15 minutes, then reduce heat to 375 and bake for another 40 minutes or so, checking occasionally.

Remove from oven when crumble topping is golden and bubbly. Let cool for several hours. Serve with whipped cream and enjoy! 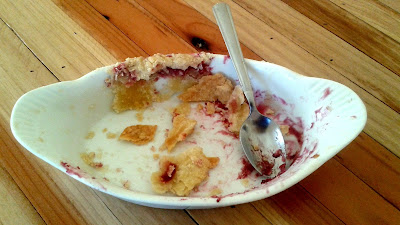 Have a magical Pi Day!
Posted by MegMuldoon at 3:51 PM