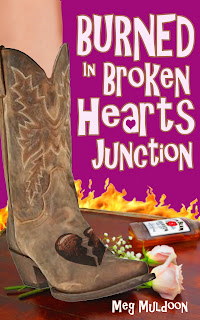 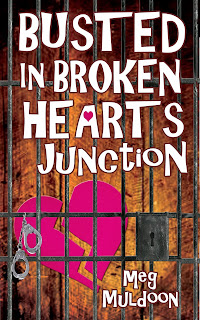 Busted in Broken Hearts Junction: A Cozy Matchmaker Mystery Book 2
After years of roughing stormy weather, tough-as-nails, sassy saloon barmaid and matchmaker extraordinaire Loretta "Bitters" Loveless has finally found happiness. Her saloon is popular as ever, she recently successfully matched her best friend, and perhaps most of all, Bitters is deliriously, head-over-heels in love with her soulmate, Fletcher Hart.
But then, everything gets shot to hell.
When a famous country singer is badly hurt at The Stupid Cupid Saloon one snowy night, Bitters finds herself pulled into a decades-old unsolved murder that has startling similarities to the recent crime. As she wades deeper into a dangerous world of dirty deeds, passion, and betrayal, the ghosts of the past begin to speak to her.
But Bitters realizes too late that by unearthing the past, she's placed not only herself in the line of fire.
She's put the most important person in her life there as well.
And this time, the shooter isn't going to miss the target.
Busted in Broken Hearts Junction is the second book in the Cozy Matchmaker Mystery series.

Look for Buried in Broken Hearts, the third book in the Cozy Matchmaker Mystery series, soon!