The Spirit of Christmas River: A Halloween Special Short Story

So without further ado, a little special Halloween gift from me to you:

"The Spirit of Christmas River" 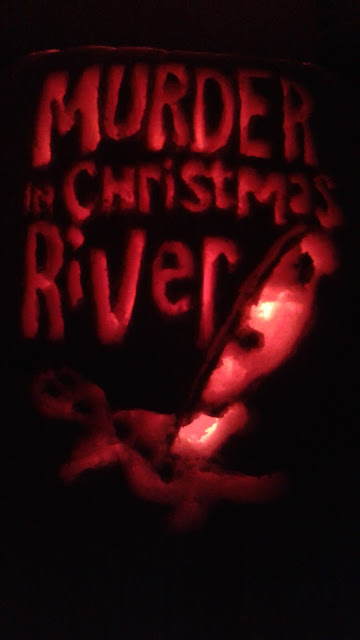 There wasn’t much that scared Warren Peters.
In his eighth decade, the old timer was as tough as they came.
But the thing he’d heard in the brewhouse that night in late October had made him feel like he was no older than ten years old again.

And Warren Peters suddenly remembered what it was like to be afraid.

It had been a cold, frosty, blustery evening when Warren Peters first heard the ghostly sound.
The wind howled down from the Cascades, whispering of snow and ice, the way it did this time of year in Christmas River. Warren was asleep in bed in the apartment he shared with his wife, Aileen, above the brewpub when a noise coming from downstairs awakened him.

He glanced over at Aileen, who was still in a deep sleep on the other side of the bed. He envied her ability to sleep through just about anything. There was a look of total peace on her face, and seeing her like that suddenly gave Warren a sense of peace, too. He couldn’t help but think, once again, how lucky he was that she’d wanted to spend the rest of her life with a chatty, foolish old man like himself. Since getting married last year, the two of them had been happier than two peas in a--
“Awwoooheeerrreeee…”

The hair on the back of Warren’s neck stood straight up on end when he heard the sound again.
It was coming from down below in the brewhouse.

He slid his feet into a pair of slippers and crept out of bed. He quietly left the cozy apartment and went downstairs.

Warren stepped into the brewery room, the fresh hops-tinged air filling his lungs. With a trembling hand, he flipped on the light switch.

He stood still, staying close to the door.

“Is anybody… is anybody there?”

His old eyes scanned over the concrete-floored warehouse.
Nothing appeared to be out of order.

Eventually, he turned the lights off and went back upstairs to the apartment, feeling unsettled and out of sorts and very much unlike himself.

***
“Did you tell Aileen about what happened last night?” Cinnamon asked.

Warren stuffed another large bite of the Pumpkin Ale cupcake into his mouth. The gooey cream-cheese, pumpkin, caramel creation danced on his tastebuds and for a second, he’d completely forgotten why he’d come down here to Cinnamon’s pie shop in the first place.

Cinnamon looked up from the Apple Whiskey pie she was making. Cinnamon loved her grandfather dearly. She didn’t like seeing him so distressed.

“No, I didn’t tell Aileen anything,” Warren said, finishing off the pumpkin cupcake -- it was already his third one since arriving at the shop. “I don’t want my new bride to think I’m going all soft and senile.”

Cinnamon smirked and shook her head silently at how old-fashioned her grandfather could be sometimes.
“Well, what do you think you actually heard last night?” Cinnamon asked.
Warren shrugged, the words stuck in his throat.

He drew in a deep breath.

“Well, it wasn’t just the strange noise last night,” he said. “I’ve been getting this funny feeling lately.

Every time I’m in the brewhouse alone, I get this feeling that something’s watching me.”

He looked up into Cinnamon’s kind eyes.

“I think he’s haunting me.”

Rip Lawrence had been a rival brewmaster in Christmas River, and a little over a year ago, had been found dead in the brewhouse during the pub’s grand-opening. Local police initially suspected Warren of the crime, but they later discovered that he’d been framed. The real murderer had been caught and brought to justice.

Warren had never gotten along with Rip. But despite this, the old man still felt bad about what happened to the young brewmaster. And lately, he’d begun to think that the strange things going on in the brewhouse were being caused by Rip’s troubled spirit.

Cinnamon peered at her grandfather for a long moment.

“Look, Grandpa. There’s no such thing as ghosts, right?” she finally said.

“That’s what I always thought, Cinny Bee,” he said, using his nickname for her. “But now I’m beginning to have my doubts.”

“All right, here’s what we’re going to do,” she said. “Tonight, I’ll stay with you guys in your apartment. And if you hear that noise again, I’ll help you investigate it.”

Warren felt a sense of relief.

“You would do that, Cinny?”

“And you won’t tell Aileen about any of this?” he said.

“Your secret’s safe with me,” she said, going back to her pie. “And besides, old man. There’s really no such thing as ghosts.”

Warren flipped on the light switch to the brewhouse and entered, his heart pounding hard in his chest.

His old eyes once again scanned the large room. It was past midnight. Outside, the wind was howling again and steady sheets of rain battered the old building.

Cinnamon, who was at her grandfather’s elbow, nodded heartily.

A few minutes earlier, both of them had awakened to a haunting, odd sound emanating from the brewhouse. And though Cinnamon was a practical person, she couldn’t deny that the noise had sent chills down her spine.

She started thinking about Rip Lawrence, and how if there really was such things as ghosts, then he would have made a good one. He hadn’t been a nice person in life, and if--

The hellish-sounding noise echoed throughout the warehouse. It had sounded like a man’s voice, but there had been something frighteningly inhuman about it too.

She reached for her grandfather’s arm.

“What was that?” she rasped.

He turned back, shaking his head, equally as scared.

But Warren didn’t finish the sentence.

His words were drowned out as a giant clap of thunder ripped from the sky overhead.

A second later, the brewhouse lights went out, and there was nothing but darkness.
Warren and Cinnamon both screamed.

They ran out of the brewhouse as fast as they could, locking the door firmly behind them.

Maybe there really was such a thing as ghosts. But neither Cinnamon or Warren wanted to find that out on such a spooky, stormy night.

Aileen sat in the brewhouse the next morning with the small bowl resting on her lap.

Upstairs, she could hear the sound of Warren’s footsteps on the pine floor of their apartment as he made breakfast in the kitchen with his granddaughter. He’d been acting a little strange lately, and she wondered whether he’d discovered the bowls of cat food down here and found out the secret she’d been keeping from him.

Aileen knew that Warren had once had a bad experience with a mean cat when he was a kid, and that was why she’d kept the existence of Mr. Karloff to herself all this time.

She’d first seen Mr. Karloff -- a skinny, mangy-looking stray in the alley behind the brewpub -- a few weeks earlier. She’d named him Boris Karloff and had been leaving food for him. Sometimes, when bad weather was in the forecast, she’d lure the cat inside the brewhouse so he could spend the night in a safe, dry place.

He was a strange cat who seemed to have damaged his vocal chords at some point. He made all sorts of wild, unsettling noises that to Aileen, sometimes made him sound like a restless spirit. But he had kind eyes, and was a gentle soul who looked desperately in need of some loving care.
Her only hesitation about adopting the cat had been what Warren would think about it.

But Warren was the kindest, sweetest man she’d ever known. And even if he didn’t like cats, she knew that he’d agree to keeping the feline if it made his wife happy.

Aileen watched as the cat stalked across the brewhouse floor toward her. She picked Mr. Karloff up, then began heading upstairs to the apartment.

It was time that Warren get over his dislike of cats and finally meet Mr. Karloff.

The past, after all, was just that -- the past. 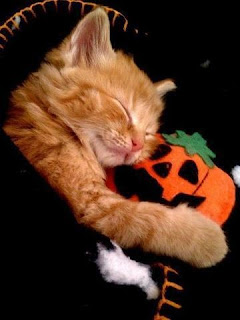