The Silence of the Elves Coming Soon!

I hope the most wonderful time of the year has been treating you well so far! I just wanted to let you know that my latest book, The Silence of the Elves: A Holly Hopewell Cozy Mystery (Book 1) will be out on Amazon this weekend. The idea for this book has been rolling around in my head for the past two years, so I'm so excited that it's finally been written and that I'll be able to share it with you so soon. In the meantime, here's the description and cover: 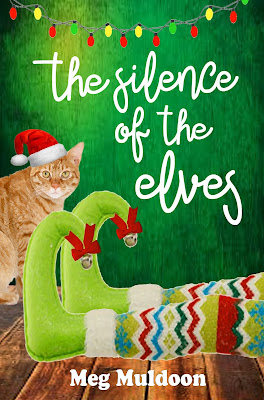 If there’s one thing that every elf in the North Pole knows, it’s this:
Never get on Mrs. Claus’s bad side.
Never. Ever.
Ever...

After getting reassigned from the North Pole by a jealous Mrs. Claus, misfit elf Holly Hopewell is sent to work in the worst place imaginable: The North Pole Emporium Department Store in Mistletoe, Oregon.

The elves call it Mistletoe Row: a place so devoid of joy and Christmas spirit, that many a curly-toed folk has lost their poor mind working there.

But just when Holly thinks things can’t get any worse, the store’s manager, who also happens to be Mrs. Claus’s nephew, is found murdered in his office. And good-natured Holly Hopewell finds herself as the prime suspect in the local police’s investigation.

Will Holly be sent to a row of a different sort for a crime she didn’t commit? Or will the handsome yet mysterious homicide detective assigned to the investigation find the real murderer before the gumdrops hit the fan for Holly Hopewell?

The legend of the North Pole gets a spicy and humorous revamp in this lighthearted, humorous cozy mystery.

Posted by MegMuldoon at 7:32 PM