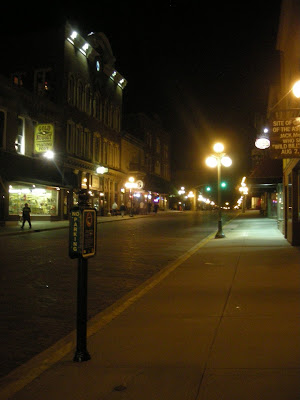 Well, in case you haven’t noticed, I suck at social media. I’m always trying to stay on top of my blog and twitter accounts, but here we are two months since my last blog post. Eek! I’m not going to promise anything, but I’ll try to avoid such long hiatuses in the future!

In the meantime, I've been up to some fun things. I visited my sister and her fiancé in Denver (and their large, crazy and cute Great Pyrenees puppy, Liti), and then we took a trip to Deadwood, South Dakota where I had just the best time living out all my Western dreams. I won $60 at the blackjack table in Kevin Costner’s casino, sipped whiskey in the saloon where Wild Bill Hickok was shot, and climbed up to the famous Mt. Moriah Cemetery. It was a grand, grand time J. I've also been brewing up some beer of late, and I must say, my latest batch of cherry stout turned out tasting a bit strange. But so far it hasn't poisoned anyone, so it has that going for it at least. 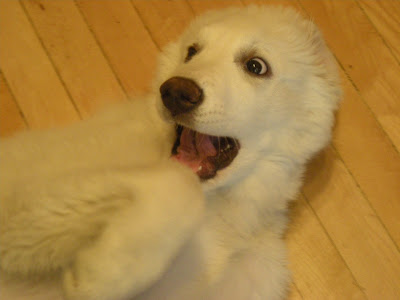 But, like all good things, my short stint of “Megcation” (as I like to call it) came to an end. Lately I feel like I've been living in the newsroom, turning around stories left and right. However, I've also made a point to continue writing what I really love writing: my cozy’s. I've been staying up late at night making some good progress on my upcoming books.

Madness in Christmas River, the third installment of The Christmas River series, will be released this November in time for Christmas. But before that, I’m going to release a new cozy mystery series in the fall. All I’ll say is that the new book is going to be a perfect read for the autumn, and that I’m very excited about it! It should be available by late September, so stay tuned for more updates.

Last of all, I just want to say thank you to those of you who have downloaded my books, written reviews for them, and signed up for the mailing list. Not to get all sappy on you, but writing these books has been such a fun journey for me, and I owe you all a lot of thanks for that. When I’m having a tough day in the newsroom and I see that somebody signed up for the mailing list, or posted a review on Amazon – it gives me such a boost! So thank you, thank you, readers!

So with that, I’ll say that I’ll try to keep the blog more current. I’m going to revive my Music from Christmas River posts, and hopefully get a few more pie recipes going. And in the meantime, stay tuned for more updates on my upcoming books.

Hope you’re all having a lovely summer so far!

Posted by MegMuldoon at 1:29 PM